And here are the progress sketches of the mother of the bride and the mother of the groom. The most difficult part of these designs was trying to find a subtle, flattering way to show the age of these women while keeping likeness a top priority. I'm pretty sure I got it right.
Read more Here are sketches of the bride's best friend. It's really quite interesting to see, side by side, how the design evolves - from rather bizarre and undecided drawings to ones that feel more confident, more certain. I just keep drawing the face over and over again, tweaking proportions and shapes, until one face just lifts off of the page with life and likeness, and then I know I have it.
Read more 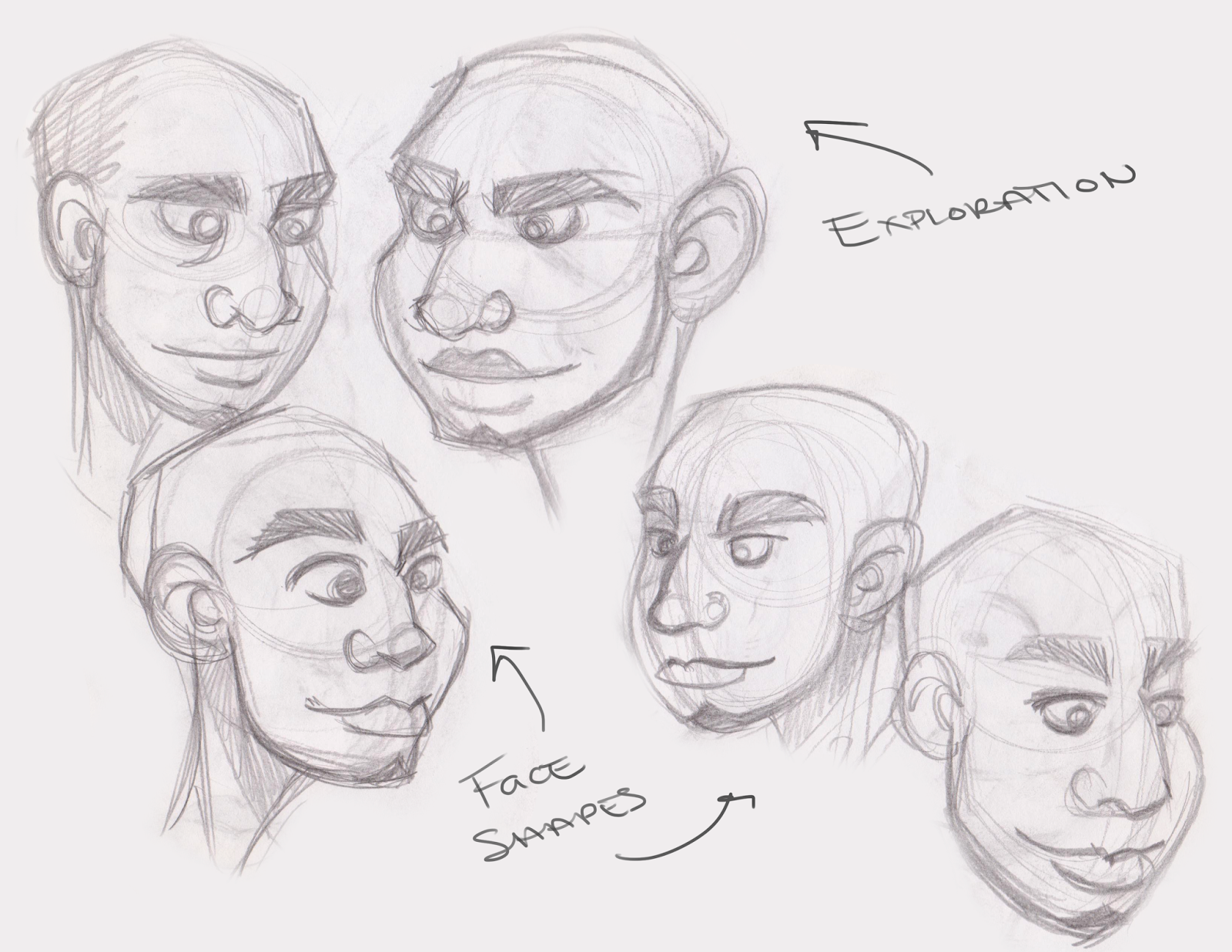 I've been asked to make a short animated film that tells the story of how a couple first met. They plan to show it at their wedding this summer (it's a surprise for their guests.) I've been given permission to blog about my process, so long as I keep their names out of any posts. So here goes! First thing to do is, of course, character designs. These are based off of photographs, so they're more like cartoon caricatures, and this first batch is the progress I've made with the main characters - the bride and groom.
Read more 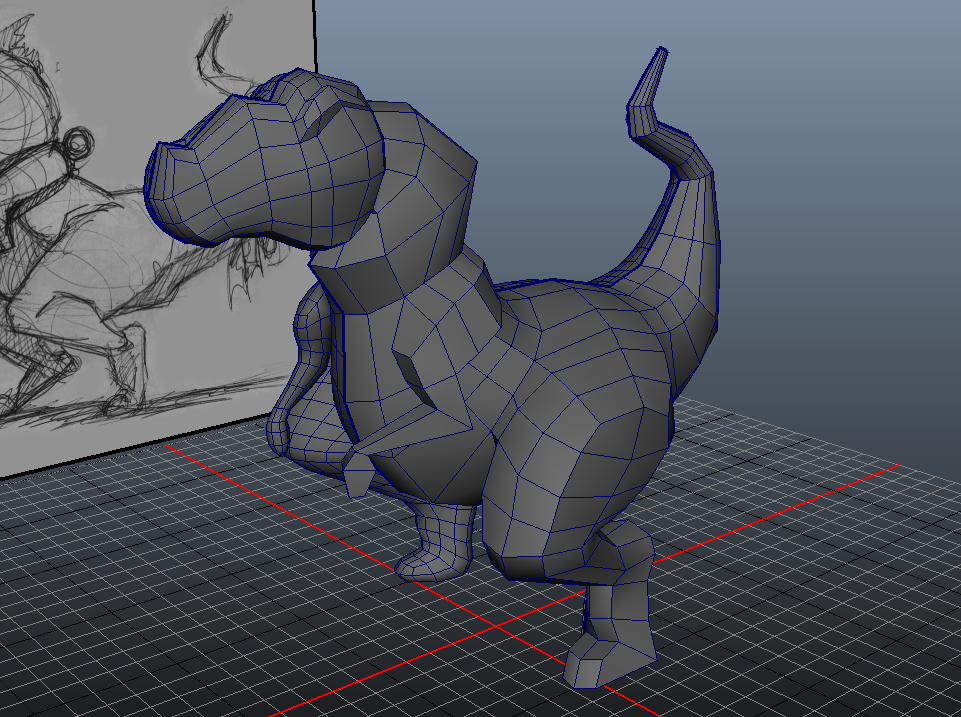 This one seems to be more successful - I like the spacing of the polys (more or less) and it's smoothing well. I've decided to dive into Zbrush and try to model Napoleon in a program that has a more intuitive workflow for a creative process as tactile and sensitive as sculpting. Soon to come - some rough work for a freelance project I've taken on and am really excited about.
Read more 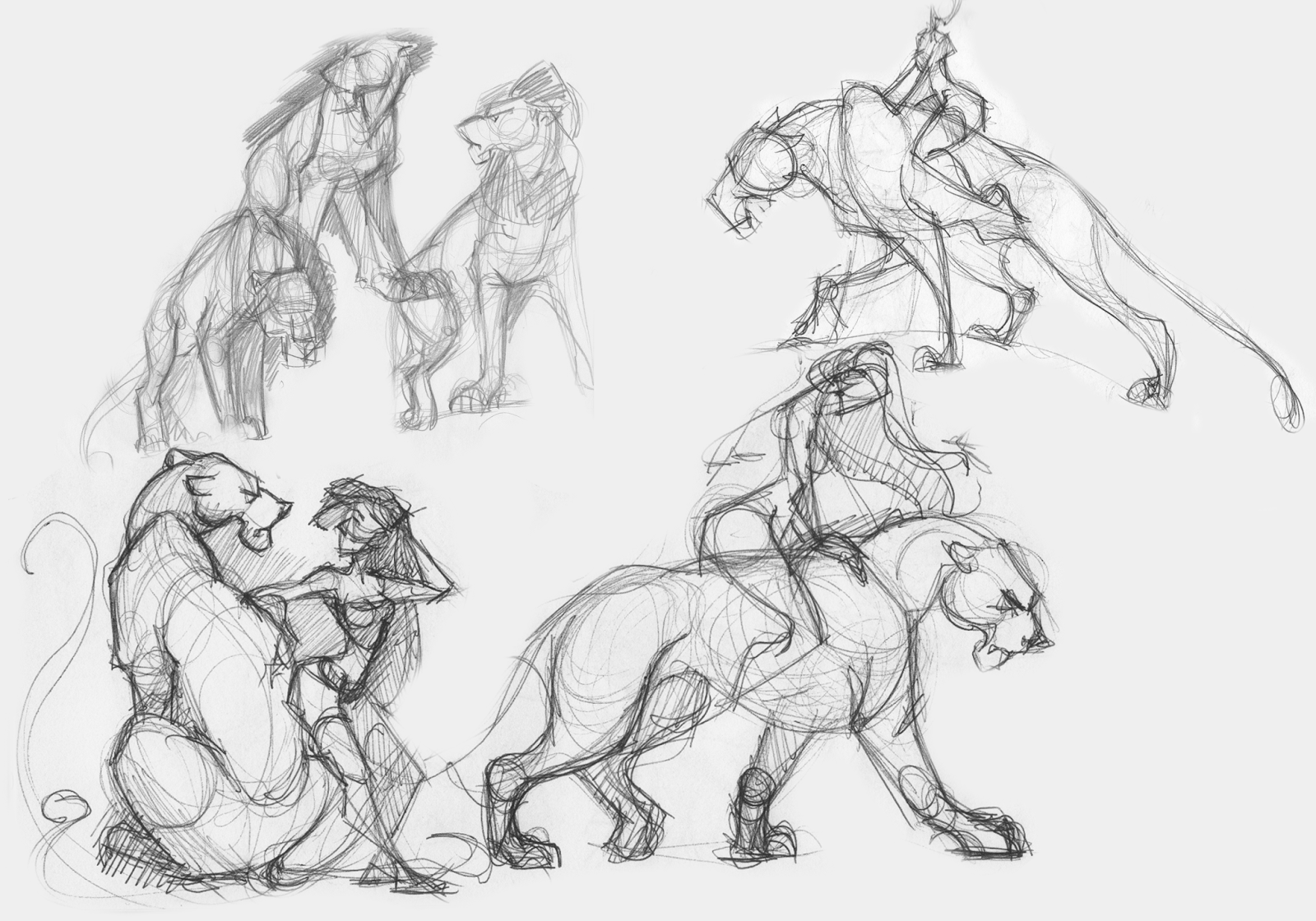 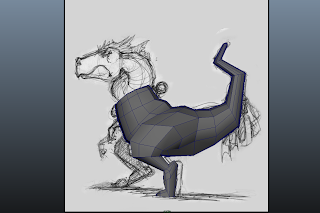 After a crazy busy Christmas and New Years, I am finally back in full force on my own projects. This is my first attempt at modelling a Yorkie-sized T-Rex ( Napoleon - credit to my sister for his name.) I wasn't terribly pleased with the way the topology was developing, so I decided to scrap it and try again with more evenly distributed quads, and without any strange polys around the toes or the tail. I'll be sure to show my next version, which will be better.
Read more 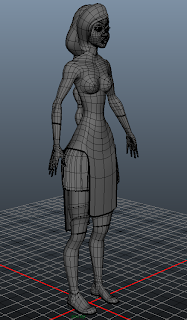 Having just seen Disney's Frozen last night - watching breathless the entire time because of the movie's lavish artwork: character and environment designs, lighting, shading and texturing, and of course, animation - it is difficult to return to my own efforts to model something even 10% as appealing as Disney's CG Princesses . They have "stunning" down to a design science when it comes to facial proportions and shapes (especially in their female leads.) I can't get over how pretty Elsa is. I would endure another 108 minutes of Broadway Musical Storytelling and Sing-Songing just to see her again.  Having divulged all that, I know I must see the work of the professionals as a source of inspiration and a goal to work towards, and thus I trudge forwards, knowing that each character I design and model is going to be better than the previous one. One day, mine may even be as pretty as a Princess.
Read more
More posts